When I tell people that I am a Speech-Language Pathologist (SLP), their initial reaction is either one of understanding and encouragement, expressing something along the lines of “Wow, I bet you’re great at that because you really understand what your clients are going through!” or one of doubt and questioning, going something along the lines of “How can you do that?!”, ”That must be hard with your speech….”, ”Interesting choice of a profession…” etc. This is because I am a stutterer. As you (and most people) might assume, I became an SLP because of my interest in stuttering. But being an SLP who stutters is not always easy.

I exist in this field as a marginalized and stigmatized person. As a stutterer, you’d think being a Speech-Language Pathologist would be easy because we’re a bunch of kind, empathetic, and accepting people who work with people with communication differences all day. As true as that might be, that has not been my experience – or the experience of many other SLPs who stutter that I’ve met. The amount of discrimination that is faced by SLPs who stutter to this day is ridiculous. 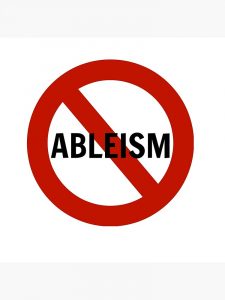 When I became an SLP, I was not illusioned – as many of my friends were – thinking that this would be the perfect field for me: one where I wouldn’t face ableism. I knew this wouldn’t be the case from the very first time I met the “open-minded” and “accepting” people that make up our profession. The first SLP I ever met was someone who claimed to be (and was even recognized as) a specialist in stuttering. He told me that my stuttering was due to anxiety and incorrect breathing patterns, despite my 100% fluency that I presented with as a person who was completely covert. I don’t think I stuttered even one time during the entire time I met with him, yet he taught me how to change my entire speech pattern, talking only on an exhale (I now know this is a fluency-shaping technique called diaphragmatic breathing). The only thing this caused me to do was feel self-conscious of my speech, want to hide my stuttering even more, and almost pass out from hyperventilating as I talked!

Thankfully, subsequent therapists I had were much more helpful and accepting, so there are good SLPs out there! The other person I met around this time of deciding I might want to be an SLP was a professor at the university where I completed my undergraduate studies. She was the first professor I had in my SLP training as she taught the introduction course in my Communication Sciences and Disorders major. By “my Communication Sciences and Disorders major”, I should leave off the “my” part because I didn’t actually end up majoring in that at my undergraduate institution. I attempted to but during that initial course, the professor pulled me aside one day after class and recommended that I pursue a different major. She encouraged me that I “….was very smart and an excellent student and would excel at many different professions” but that I “….could never become an SLP because parents [of the kids I worked with] would never trust me or want to work with me.” Why? Because I stutter. It didn’t matter that, at the time, I was so covert that even my own parents and twin brother didn’t know that I stuttered, the fact was that because I was a stutterer I would never be able to be an effective SLP.

To provide a little bit of context, I was about 16 at this time as I started college early. I had just switched out of Pre-Medicine because I didn’t think I’d be able to be an ER doctor (as I had dreamed) because of my stutter and difficulty communicating reliably and efficiently under stressful situations (now I know a couple of doctors – including ER doctors – who stutter so this is possible!). This discouragement broke me. I immediately switched majors (I didn’t really feel like I had the choice anyway because this professor made it seem like I wouldn’t get accepted into the major which I would have to apply for after her course) and so majored – and subsequently got my Bachelor’s degree – in Anthropology. I don’t regret this major as it taught me a lot about society, cultural humility, oppression, and social factors that contribute to the experience of marginalized groups. Using these skills, I began to see how what I had experienced – and would continue to experience throughout my profession – was an act of ableism (and often the intersection of sexism and ableism, or heterosexism, sexism, and ableism).

When I applied to graduate school, I did the work, this time, to ensure that I found a program that was “stuttering friendly” (there are actually lists on a variety of websites that list the stuttering friendly SLP programs because the discrimination faced by stutterers within SLP programs is so common). My experience was far from free from ableism, but I at least had the insight to name it for what it was (ableism) and begin to fight against it. I also found a number of allies (who were in positions of power in the University) who went to bat for me more than I probably even realized. For any stutterers, and especially SLPs who stutter, I cannot stress the importance of seeing and naming the ableism at play and cultivating allies (especially those in positions of power) to advocate for and with you. You can advocate for yourself – don’t let anyone tell you otherwise – but sometimes there are situations where you are not in a position of power, so having an ally who has the power to prevent ableism from disadvantaging and disempowering you is integral for surviving and thriving in a field that is not as culturally humble, sensitive or open-minded as it should be.

Much like how stuttering can often allow us to filter out the people we want in our lives/relationships, I’ve found that stuttering and the subsequent discrimination and microagressions I’ve faced because of my stuttering, can help me to choose the environments in which I feel safe and supported working. Perhaps a good example of this was my job search when I switched jobs about two years ago. Throughout this process, I realized how true it was that during an interview you are interviewing the employer just as much as they are interviewing you. This realization occurred after many interviews filled with microaggressions and ableism.

Despite all of the interviewers being SLPs, many of them judged me and treated me differently and unfairly because of my stutter. They constantly asked me questions about my ability to do my job or how I have dealt with and would deal with parents who didn’t feel comfortable working with me [because of my stutter]. While most interviewers made subtle, microaggressions to denote their implicit [ableist] bias, others were more overt about it such as asking me how I “controlled” my stutter during therapy (hoping that it was more than I was doing during the interview…), some even noting that I’d be required to communicate as fluently as I could while working with clients/families. Others asked me what “trauma” I had faced that had caused my stutter (for those who aren’t aware, trauma typically does not cause stuttering…) or explained to me that now was an okay time to hire me because they had another SLP who was interested in stuttering, but didn’t actually stutter so he could see clients that “wouldn’t or couldn’t” see me because of my stuttering. The amount of blatant discrimination I faced in a city that boasts of their open-minded nature was truly alarming.

I had this [false] idea that once I had my degree and my full license people would take me seriously and I wouldn’t face the type of ableism that I had faced in school. I was so wrong about this that when I finally met a couple of potential employers who were not as overtly ableist, it changed everything. Not only did it make my decision on which job(s) to take very easy, but it also gave me a sense of hope and optimism that not every SLP would be as oppressive as some of my other interviewers.

I ended up taking two part-time jobs, partially because I loved both of these employers so much, but also because I knew I would feel safe and supported working for them. Not only were they not overtly ableist, but they were anti-ableist meaning they could be allies to me. They spoke about how they wouldn’t allow clients to switch to a different therapist if they didn’t want to work with me just because I stuttered or how they’d advocate on my behalf if clients came to them with concerns. They asked me about my preferences for language surrounding how to talk about stuttering, clients who stutter, etc. and even offered to educate the other staff members prior to my arrival about stuttering so that they wouldn’t be judgemental, surprised, or ableist towards me. Perhaps most importantly, they didn’t see my stutter as weakness, but rather as a strength and they actually wanted to hire me because of my stutter, rather than half-heartedly accommodate me because of it. This is what diversity and inclusion actually looks like.

While being an SLP who stutters certainly isn’t easy, when we have the support (via allyship) and resilience (via lived experiences of surviving and thriving despite these difficult experiences) we need, we can make such a substantial difference in the field, our community, and the world at large. Stutterers have diverse voices and perspectives that deserve to be listened to and amplified. As SLPs who truly see and value that, we have the unique opportunity to help cultivate resilience in our clients, allow them to see their self-worth and the beauty and power of their stuttered words. To those who don’t stutter, take a second and really examine your implicit biases, the ways in which you interact with clients (perhaps take note of the microaggressions you’ve engaged in, subconsciously or otherwise), and think through how you may be stifling an important perspective because of your unchecked ableism. We can all learn to be better allies for all kinds of marginalized communities, but the first step is to be aware of the biases we’ve held and the ways in which we’ve perpetuated oppressive structures (either through direct action or from our own inaction). Once we take that first step, we can start on a path that helps to cultivate a world that empowers diverse voices. 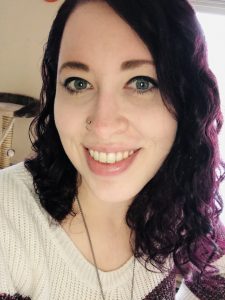