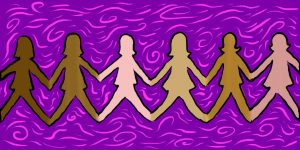 Intersectionality means a lot of things to me. It allows me to see the complexity of myself, recognizing that my experiences do not occur within a vacuum of one identity. I can recognize that the things that I experience in society, the feelings and thoughts that I have, and ways that I interact with the world have been shaped by my identity as a woman, a person who stutters, a Speech-Language Pathologist, a person who identities as asexual, a white American, a twin, and many more. We all have identities that intersect to make us who we are. Not all of us are on the same roads but we all have a complex series of roadways, highways, and stoplights. We need to understand, share, and celebrate the uniqueness of our whole, integrated selves. Sometimes though, some of our identities might feel more like stoplights than free-flowing freeways. They can lead to real barriers in our lives. And sometimes those barriers compound, in much the same way as when you get stuck at multiple stoplights. As a woman who stutters it can sometimes feel like you’re getting stopped by stoplight after stoplight. It’s easy to wonder why this is happening. Is traffic just really bad today? Am I just really unlucky this morning? Am I driving too slow as I accelerate through the green light? Much like this traffic, when people repeatedly talk over you, interrupt you, speak for you, laugh or mock you, and diminish the value of your contributions, it’s easy to wonder why.

Through the years, I’ve learned to acknowledge and address the role of stereotypes and misconceptions of my stuttering and my gender. This is the messy complexity of intersectionality. I am a woman who stutters and people treat me differently than they treat men who stutter because we are just that – different. This is especially clear when men who stutter interrupt me and try to talk for me. Many times, however, it’s not that clear.

As an example, I recently got into a discussion with a person over social media about something that I am passionate and knowledgeable about. This person started the discussion with me but quickly became very aggressive and dismissive of most of what I was saying. Many of my friends joined in the discussion to validate what I was saying. They successfully took the role of an ally. These comments of support were likely very helpful in this discussion but this person continued to be dismissive. Pretty soon, though, the discussion turned hateful, and generally unproductive, so I stopped engaging. I had spent a great deal of time responding to his comments in an objective, non-confrontational fashion – the way that society has taught me, as a woman, to be in order to be taken seriously and received meaningfully. He wasn’t really receiving anything that I was saying, though, so I stopped responding. I wasn’t willing to spend my time and energy to try to get him to understand my perspective if he was not open to it. In response, he involved another person in the discussion, asking for this person’s opinion. They said exactly what I had been saying, even using some of the same words that I had been using. But, instead of responding with dismissive, hurtful, and hateful comments towards him or questioning his claims to an unrealistic degree, he received it without question. Reading this comment and the other person’s response left me frustrated, hurt, and confused. I didn’t understand what made his words better or more meaningful than mine, especially when some of them were the same. Perhaps it was because he was an older, white, man who doesn’t stutter. It could have been due to all or none of these. Maybe it was due to an entirely unrelated reason. I won’t spend too much of my energy wondering why it happened. I blocked him and moved on.

But this experience is not an isolated event, it exemplifies my experience in a world that tells me that my value is inferior to others simply because I’m different from them. It exemplifies the silencing that I so often face when I try to share my ideas but am not heard or considered. It exemplifies the disempowerment that I feel when someone tries to finish a word for me or stand up to a rude person for me, assuming that I’m not able to myself. It exemplifies the rejection that I feel when I get broken up with because they think stuttering makes me less attractive – in a society where a woman’s value is interconnected with her perceived beauty. These phenomena of silencing, invalidation, interruption, and social stigma can contribute to self-stigma within the person where we assume these misperceptions about ourselves, leading to further invalidation and disempowerment. This feeds into a false, vicious cycle, and we must be intentional to break the cycle.

Recognizing that my experience as a female who stutters is different from a man who stutters does not invalidate or diminish the difficult experiences that men who stutter face and feel.  Their experiences, feelings, and thoughts are similar in some ways and different in others because we have different roadways that we travel on. Talking about social stigma and oppression – at both the micro level in small, everyday moments and macro level in big, structural discriminatory practices – is really difficult and feels uncomfortable. But we have to tolerate the discomfort and consider these issues with openness and intentionality. You don’t pretend like there isn’t traffic on the freeway before you get on. That would cause a lot more problems than solutions. So let’s start this discussion about our experiences and what we can do to be allies for each other and reduce the ways that we may be (perhaps unknowingly) contributing to these difficult experiences. Then, as a collective, we can be part of the solution, rather than the problem. 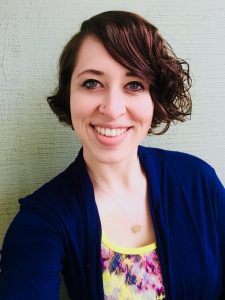