It’s October 1986.  I’m a timid, stammering sixth form student on a school trip to London from rural East Yorkshire to see two of the outstanding actresses of their generation perform in Nuria Espert’s acclaimed adaptation of Federico Garcia Lorca’s last and arguably greatest play, The House of Bernarda Alba.  Set in southern Spain in the 1930s, the play revolves around the despotic control by the matriarch, Bernard Alba (played by Glenda Jackson) of her family of five daughters, plunged into an eight year period of mourning following the death of her second husband.  Joan Plowright takes the role of Poncia, the wily housekeeper who acts as an intermediary between Bernarda and her daughters.  Repressive forces and ideas run through the play like letters through a stick of rock.  The writer and critic, Jose Monleon identifies two of the work’s key themes: the ‘sacrifice of inner self to outward appearances…the imprisonment of living beings within the most wretched aspects of Catholic morality.’  I will always be haunted by the final, electrifying lines of the play declaimed by Jackson, centre stage, after the tragic suicide of her youngest, brightest daughter: ‘Silence!  Do you hear me? Silence!  Silence!’  Two months after the completion of his play, Spain’s greatest playwright – the gay, liberal Lorca – was silenced by the Fascists, his body lying in an unmarked grave and never found.

I have been thinking a lot about those last words recently – the dark, painful, repressive, and life denying connotations of silence familiar to many of us who stammer.  All those sounds, words and speaking opportunities I have avoided over the years in a futile attempt to pretend to be ‘normal’!   The dread of speaking situations which might uncover my dirty secret.  These and other ideas are explored extensively in the book Stammering Pride and Prejudice: Difference not Defect which I have enjoyed immensely.  The book is unsparing about the reduction in quality of life, personal agency, ability to communicate with others, employment opportunities, and the everyday discrimination experienced by people who stammer.  It also pulls no punches describing the brutal self-oppression we suffer when we internalise disabling narratives that say stammering is aberrant.  But the book offers much hope too and an invitation to re-think stammering positively in exciting and imaginative ways.

My stammer has been an important ingredient in my spiritual journey demanding a reset of the way I think about my life and my place in the universe – in some part, a reaction against our dominant, fluent culture that says people have to be fluent to be taken seriously; that we are measured ultimately by our productivity and efficiency; that the world has to move so fast;  that having my say has more value than listening; and that doing has more value than being. 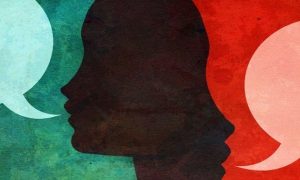 My stammer is good at helping me bring certain big questions (at least for me) into sharp focus:

What does it really mean to accept oneself with all one’s imperfections, variations and idiosyncrasies?

What does it really mean to let go? To trust?

What does it really mean to be free, not just to stammer, but to be oneself, to fulfil one’s potential, to allow one’s soul the freedom to sing, dance, praise and love?

I recall there’s some research which says people who stammer have a tendency towards perfectionism.  Perhaps the whole fluency hoodoo sums up this unhelpful attitude.  ‘You’ve got to stop striving, you’ve got to let go!’, I tell myself.

The popular Franciscan writer, Father Richard Rohr, is good on perfectionism from a Christian perspective:

‘If there is such a thing as human perfection, it seems to emerge precisely from how we handle the imperfection that is everywhere, especially our own…the demand for the perfect is the enemy of the good.  Perfection is a mathematical or divine concept: goodness is a beautiful human concept that includes us all.  People whom we call ‘good people’ are always people who have learned how to include contradictions and others, even at risk to their own proper self-image or their social standing.  This is quite obvious in Jesus.’ (Yes, and..- Daily Meditations, p.323)

Stammering Pride and Prejudice is brilliant at turning ideas on their head.  For me, the most profound transformation of meaning has taken place with the notion of silence.  Silence was empty, oppressive, and limiting – the domain of fear.  The words I so desperately wanted to say but couldn’t.  Silence is now abundant, liberating, communicating and expansive.  The regular time I spend in silent prayer and meditation is the most precious time.  For me, this is not introspection but communion; indeed, meditation with others in a group confirms this communion – the domain of love, of patient, undivided attention to the Other.  I have found a balance.  The time I spend in silence, just being, with the non-verbal, restores perspective to the verbal which has been the locus of so much struggle in my life.  Meditation teaches us to slow down – a rich lesson for those of us who stammer.  St Francis of Sales once advised his prospective student: ‘I’ll start giving you spiritual direction when you have begun to walk more slowly, talk more slowly, and eat more slowly.’

I love this prayer by Dame Meinrad Craighead OSB of Stanbrook Abbey:

‘Let me look upwards into the branches of the towering oak to know that it grew great and strong because it grew slowly and well.  Slow me down, O Lord, and inspire me to send my roots deeper into the soil of life’s enduring values that I may grow towards the stars of my future destiny.’

In Stammering Pride and Prejudice Emma Alpern argues very persuasively how stammering attunes us to the physicality of language, but also to its limits.  Chris Constantino is equally compelling when describing the intimacy and authenticity of the naked, stammering encounter.  Yet, these fragile, uttered words to my mind, acquire even greater meaning against the backdrop of time spent in silence – the most intimate encounter of all. 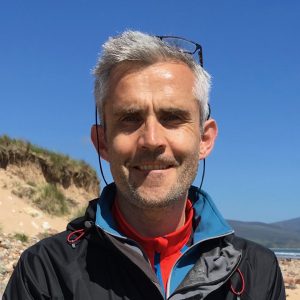