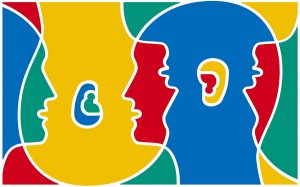 For those who stammer, the notion of fluency is something that has flittered through thoughts and conversations over many years. Early on, we are not necessarily aware of the terminology, but we begin to notice physical and emotional differences between words that flow more easily than others. Later, any venture into speech therapy likely exposes us to techniques and strategies that are designed to “improve” or “aid” fluency. Consequently, we come to discover that our diction is distinctive, precisely because it exhibits breakdowns in the forward flow of speech. This can bring negative consequences, and many come to understand that such disfluency represents an altogether undesirable way of speaking. It is not surprising, then, that the pursuit of fluent speech can become an all-consuming objective for some. A fact reflected by the many miracle cures and overcome-your-stammer self-help gurus who peddle the prize of flowing diction.

The allure of fluency continues to dazzle, but it seems we are beginning to pay it less mind. Many professionals, and people who stutter, are starting to focus more on the importance of holistic well-being that can exist independently of individuals’ speech patterns. This is encouraging. We stammer, and to dedicate such time and effort trying not to can be counterproductive and distract from the recognition of legitimate progress made in other areas. Despite its appeal, fluent speech is not normally an all-encompassing antidote to other problems. Furthermore, fluency is a fallacy. Verbal discourse is forever punctuated by hesitations, umms, ahhs, rescissions and cancellations. Nevertheless, dominant social ideals regarding speech often consider disfluency to undermine “good” verbal expression. Unfortunately, we are left with no end of evidence indicating that “confident” and “fluent” speech, however vapid, trumps honest content or trustworthy intention expressed in other ways.

Yet, in some contexts, such as foreign language learning, the notion of fluency can take on a different hue. In this area, some of the ideas touched upon above are maintained, but in other ways, the notion of fluency is somewhat realigned. Foreign language students are expected to encounter difficulties and exhibit hesitations. As a result, the automatic nature of first language production can give away to a more cautious, considered, and disfluent speaking manner. Therefore, for neurotypical speakers, the strange sensation of struggling to connect mind and tongue may be markedly different to other situations in which native diction is broadly loquacious. Consequently, it may be one of the few times that fluency comes into sharper focus for these speakers and they are required to engage with similar stresses faced by those who stammer. This is illustrated by the specific form of anxiety said to be provoked in the foreign language classroom. In part, this anxiety arises in students as they struggle to accurately articulate their thoughts, prompting frustration and embarrassment. Many who stammer will recognise the difficulties involved in translating an inner monologue (which exists on a cognitive plane far above any notion of fluency) into interpersonal communication.

Maybe because of this, attitudes towards fluency appear to soften in this area. We see this when we watch interviews with actors, sportspeople, or politicians who use English as an additional language. Invariably their speech contains “errors” of some variety, but any stumbles in grammar, pronunciation or lexical choice are ironed out and corrected in a heartbeat by our own understanding of the language. Furthermore, we often celebrate such examples as laudable, despite any missteps, and fluency loses some of its conventional weight. We could benefit from similarly tolerant attitudes spreading across broader areas of society.

Nevertheless, dominant social models of speech production exert influence here too. For example, foreign language knowledge is often conflated with speech fluency, and learners are still evaluated on their ability to fluidly express ideas and engage in communication. This is evident in the assessment criteria for the internationally recognised Cambridge English exams which rewards students who use “extended stretches of language with very little hesitation”. It is easy to imagine therefore that teachers or examiners who are unfamiliar with stuttering may interpret disfluency as a lack of language knowledge. In many ways, foreign language learning is a fantastic context from which to reassess the notion of fluency and our preoccupation with it in other spheres. However, expecting learners who stammer to adhere to established expectations regarding fluent speech may unnecessarily undermine their sense of agency and subsequently their progress. Given the numerous benefits of language learning, it is concerning that such factors could lead students to believe their stammer represents a glass ceiling to their development.

My interest in this area has a personal connection; In 2008 I moved to Spain and began learning the language. Since then, I have become more involved with the stuttering community and had the good fortune to spend time with many multilingual people who also stammer. Slowly but surely, I have joined their ranks. I now live life in this fascinating world in which people ask, “are you fluent now then?”. For us who stutter, this question has a curious nuance. When I bump into old friends or acquaintances, they often enquire as to my level of Spanish in this way. Despite the question’s directness, I normally hesitate before I respond. Both, “yeah, I am now, yeah” or, “no, of course not, don’t be silly”, would be reasonably accurate answers. The truth however actually resides in the grey area somewhere between. The reality is that at times I glide along, while at others the ride is a bit more turbulent. But it’s not important. What matters is that I can use my knowledge of the language to navigate a broad range of situations and communicate with people along the way. And if at any point they do look befuddled at my fluent disfluency, I can feel proud of introducing them to such a rare form of diction. 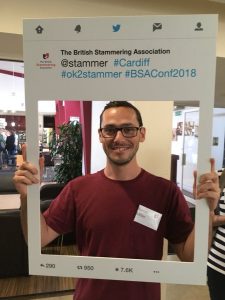