When I was in primary school, I had a teacher who was over-enthusiastic about the virtues of touch-typing. Over the years, he slowly collected disused desktop computers, building up his collection until there was one for every student in his class. They lined the perimeter of the classroom, balanced on assorted desks and tables. He was the Computer Man in the school, and any student lucky enough to be in his class would surely enjoy unfettered access to the technology of the new millennium. 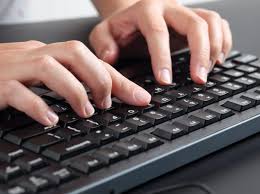 In practice, this mostly meant touch-typing. Whenever we finished our maths work, we were directed to go to a computer and work through the touch-typing programme “All the Right Type”. I was quick at maths and so I did the entire programme three times that year. I was bored out of my skull.

In retrospect, this was one of the best gifts a teacher has ever given me. I now type at around 110 words per minute, which is almost three times that of the average person, and almost double that of the average professional typist. When I am typing, there is a direct pathway from my brain to the screen. The layout of the keyboard and the movement of my fingers is completely automatic, like a concert pianist sight-reading sheet music. The mental load is almost zero. I think the words and they just appear on the screen.

I suppose this is how fluent people must feel when they speak. The complexities of movement required to produce speech – involving their lips, tongue, cheeks, teeth, jaw, and breath – are completely automatic. They don’t have to consciously remind their bodies how to say an N every time they want to say an N. They think the words and they just appear in the air. This is how I feel on the rare occasions when I am fluent: when I talk with my husband, when I talk to the cat, and once – miraculously – in a job interview when all the stars in the universe aligned for me. (If only I’d got the job!)

It took me years to come to terms with the fact that most conversations I partake in will not be like this. For me, in most conversations, the physical and mental effort of producing speech exceeds the effort of choosing what words to say. If I get upset about that fact, or get too wrapped up in chasing fluency, everything becomes much harder. The best strategy is to cultivate a gentle, patient acceptance that speaking is just bloody hard work for me. “These days I think of my stammer as a lodger in my house,” writes author David Mitchell. “Eviction won’t work – the lodger has a right to live here, and a black-belt in karate. But if I treat the lodger with respect – and better yet, with humour and affection – then the lodger respects me back.”

The problem is, I love communication. I am a stammering extrovert, which is a level of irony that must approach oxymoron. If you catch me on a fluent day, you will not be able to shut me up. I love crafting words, and choosing just the right words to express an idea. This is stifled when I am forced to devote a large fraction of my brain to remembering how to say an N.

It’s probably not surprising, then, that writing is my preferred form of communication. I particularly enjoy instant messaging, as my lightning-fast typing allows me to communicate with true fluency. It’s here that I can finally say exactly what I want to say, effortlessly, in real time. Some of the most open and authentic conversations I’ve ever had have been over instant messenger. Several of my closest friends are similarly receptive to this medium, even though they are fluent speakers, and much slower typists. There is widespread condescension towards “millennials who despise phone calls”, but for people like me, this change in young people’s attitudes does wonders for accessibility. In a Finkelstein Village where everybody stammered, all the children would learn to type at 110 words per minute.

And yet, I have been conditioned to feel ashamed that I prefer writing to speaking. Society has decided that the spoken word is the best and most authentic form of communication. Instant messaging is tantamount to “hiding behind your texts”, and the way you speak is far more important than the words you say. Even in this dystopian year of social distancing, phone calls are widely accepted to be preferable to texting. “You can be as clear as possible over the phone,” say relationship experts. “You build a more positive emotional bond on the phone. To truly get to know someone, you need to speak to them.” These are the sorts of conclusions that only fluent people would come up with. They are fraught with fluent privilege.

I love seeing people, and I love talking to people. I’m a stammering extrovert, after all. But it is so exhausting. I deal with the exhaustion. I continue to make phone calls, and to hold meetings over Zoom. I do these things even though I would likely communicate more effectively in writing. I do these things mostly for the benefit of fluent people, who speak more quickly and easily than they type.

If we held meetings over instant messenger, fluent people would feel less comfortable. I would have to wait patiently for them to type out everything they wanted to say. I would be tempted to interrupt them with my lightning-fast typing. The roles would be completely reversed, with the person who stammers enjoying the greater ease of communication. This would feel unfair to me. I am part of a group that makes up 1% of the population, and so I do not question being inconvenienced 100% of the time. What does this signify? 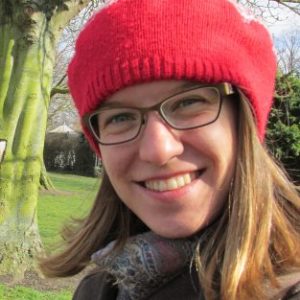 Kaitlin Naughten, a person who stammers and a scientist at the British Antarctic Survey.