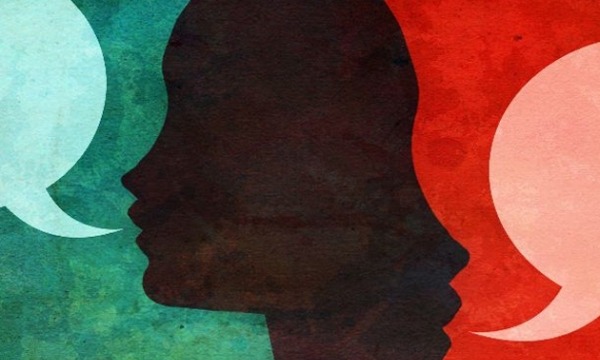 I believe one of the advantages of stammering is the intimate relationship with language it brings. Stammerers think, feel and speak language in a way that is at once broken but at the same time filled with opportunities. Blocking, repeating and word-swapping can all be seen as failures of communication, but they also open up avenues of speech that would in a fluent person go unexplored. Indeed, the multitude of authors who stammer – David Mitchell, John Updike, Lewis Carroll – evidence the unique apprenticeship in language offered by stammering.

It is with this in mind, the importance of words to people who stammer, that I want to begin to reflect on some of the common language we hear in and around speech and language therapy.

Stammerer vs. person who stammers

Perhaps the obvious place to begin is with the name we give to people who speak with a stammer. This debate feels as old as stammering: ‘stammerer’ or ‘person who stammers’.

Person first language, ‘person who stammers’, superseded ‘stammerer’ as the accepted terminology during the 1990s and 2000s. It was seen to avoid the totalising effect of the label ‘stammerer’ and value the humanity of the individual. Since then, there has been some kick-back from some of the stammering community. It is argued the awkward phrasing used, ironically, re-enforces stammering as a negative and it can be seen to put distance between the person and their speech difference, perhaps reducing the sense of community among stammerers (1).

I am relatively ambivalent to recommending one over the other. Ultimately, each of us needs to consider both sides and arrive at our own stance, but I feel this debate has distracted from more marginalising and dehumanising terms in speech and language therapy that are not as much in the public eye. For example, the common use of the acronym ‘PWS’ in place of people who stammer – a lexical act that certainly dehumanises and marginalises – has come under little scrutiny.

The definition of stammering

Stammering has been defined many times by the speech and language profession, most often in negative and stigmatising language. Here is one typical definition provided by the Stuttering Foundation:

‘Stuttering/stammering is a communication disorder in which the flow of speech is broken by repetitions, prolongations, or abnormal stoppages of sounds and syllables.’

‘Disorder’, ‘broken’, ‘abnormal’, these textbook definitions of stammering we have make it clear from the start that stammering is deficient in some way and, therefore, unwanted. This type of sitgmatising language is not only damaging to people who stammer, but it is also incorrect. Stammering is a biological difference in how speech is produced with repetitions, prolongations and stoppages. It is only ‘disordered’, ‘abnormal’ and ‘broken’ when we compare it unchallenged to the ableist norms of our society. 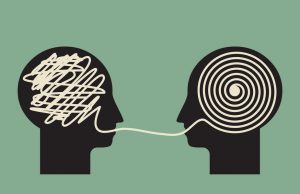 The language of childhood therapy

I am excited by how this series may make a foray into childhood stammering therapy. It remains a relatively unexplored area for stammering pride and the social model, especially in the UK, and one with potentially profound implications. I am also nervous, though: Lidcombe, Demands and Capacities, Parent-Child Interaction, Early Intervention, Window of Opportunity… I find it difficult to follow.

A field that, to me, should be about education, support and encouraging self-advocacy and empowerment for children who stammer and their families appears, from the outside, to be filled with medical jargon. It feels treacherous to even begin to write about it.

The language of adult therapy

I feel more at home in the language of adult speech therapy. The words come naturally having accessed therapy myself. Perhaps because of this closeness, their inherent stigmatisation and medicalisation has in the past slipped by me unquestioned.

Take for example, the two common labels placed on stammerers and their behaviour: ‘overt’ and ‘covert’. People who are ‘overt’ with their stammer have visible blocks and repetitions, whilst people who are ‘covert’ try to hide their stammer through word-avoidance and other strategies.

I have used these words to describe myself in the past, but are they a fair and useful shorthand? The choice to display or conceal stammering is a complex one based on previous experiences of public stigma, amounts of internalised shame and the immediate perceived environmental hostility to stammering. Using the label ‘covert’, is the stammerer left holding the buck for a safety behaviour that is multifactorial in origin? And perhaps a behaviour that in many ways is a logical and reasonable response to the widespread societal oppression of stammering.

The words that surround speech and language therapy have developed and evolved over time, a little bit like the rest of the English language as described by Stephen Fry:

‘The English Language is like London: proudly barbaric yet deeply civilised, too, common yet royal, vulgar yet processional, sacred yet profane. Each sentence we produce, whether we know it or not, is a mongrel mouthful of Chaucerian, Shakespearean, Miltonic, Johnsonian, Dickensian and American. Military, naval, legal, corporate, criminal, jazz, rap and ghetto discourses are mingled at every turn.’

So too speech and language therapy words have been developed from the likes of Charles Van Riper, Joseph Sheehan and Wendall Johnson; from times of operant conditioning, slowed speech and secondary symptoms. Is it perhaps time to mangle these words, critique them, and perhaps condemn some of them?

It is great to see stammering therapy organisations keen to respond to these criticisms of their language from the stammering community (2); however, this needs to continue and be more widespread. The language we use around stammering needs to develop and evolve, as much as the therapy it is tied to, if we are to find new and more empowering ways of helping stammerers away from the influence of the medical model.

“But if thought corrupts language, language can also corrupt thought.”