It is estimated that the prevalence of stuttering is four times greater in males than females. Yet, little is known about the masculinity experiences of men who stutter. I, myself, am man who stutters. I have been stuttering since I can remember. I have been bullied, teased and discriminated against as a person who stutters. Over and above this, my stutter has also challenged my identity as man. I have often felt emasculated and powerless as a result of my stutter. Therefore, as part of my doctoral study, I decided to explore the masculinity experience of a group of men in South Africa who stutter.

The men who participated in my study were 15 young adult men who stutter predominately from middle-class, but diverse racial backgrounds, in South Africa. When asked the question of masculinity, these men predominately perceived stuttering as being in direct contradiction to what it meant be a man. For men in my study, being a man coincided with hegemonic or cultural and socially acceptable norms of masculinity. For example, men believed masculinity encompassed the exertion of physical strength, occupying the alpha position in an intimate relationship, being the provider and obtaining financial and career success. More importantly, men believed that fluent speech was central to what it meant to be a man; that the inability to communicate fluently negatively impacted on their male identity. Men reported having a low self-esteem, mental health problems, and typically feeling emasculated, inadequate, weak, shameful and embarrassed as men who stutter, and in some instances finding it difficult to pursue a relationship with a potential intimate partner. 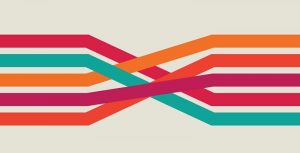 At the same time, religion also played an important role in men’s understanding of masculinity. Religion is an integral part of South African society. For many men in my study, religion was a positive and comforting aspect of their lives, particularly for dealing with the disabling barriers they experienced as men who stutter. However, some men, specifically those who identified as Muslim, found certain practices promoted in their religious communities as oppressive, emasculating and disabling as men who stutter.

In 1994, Gershick and Miller introduced the three R framework in order to explain how disabled men respond to hegemonic or dominant norms of masculinity in light of the oppression they encounter. They argued that disabled men would either reformulate or redefine hegemonic characteristics dominant norms as they desire, or they would completely rely on hegemonic ideals for the construction of their masculine identity, or they would completely reject dominant norms of masculinity – creating new or alternative masculine identities in support of their impairment. Consistent with Gerschick and Miller’s (1994) three R framework, the men in this study either reformulated and/or rejected dominant ideas of masculinities they were exposed to, and formulated affirmative masculine identities accepting of their speech difference in view of the oppression and disablism men faced in society.

The majority of the men who stammer relied on hegemonic ideas of masculinity to define their male identities. Gerschick and Miller (1994) argued that disabled men typically rely on dominant ideas of masculinity to gain approval and acceptance in society. As a way to gain acceptance as men in society, and to avoid being perceived as weak and vulnerable by others, the majority of the men in my study were determined to pass as fluent. In response, these men indicated using various strategies, such as attending speech therapy and self-help groups, in order to gain control over their stutter. Once these men reached an ‘acceptable level of control over their speech’ to validate and justify their masculinity, they dissociate themselves from the identity of a ‘stuttering’, disabled man. Instead, ableist norms of masculinity become an important aspect of their masculine identities.

Although my study was a small qualitative study, and generalisability possibly cannot be assumed, I believe the findings presented in my study hold specific implications for practice.  Reflecting on my personal stuttering journey, and the narratives of the men who participated in my study, it is clear that speech-language pathologists have and continue to be instrumental in shaping individual understandings of stuttering. I believe speech-language pathologists can use their position of prominence to challenge distorted and negative ideas and perceptions of stuttering in the context of masculinity. I believe this will only be possible through the employment of a disability studies model. As speech-pathologists employ a disability studies model, they will address the stigma associated with the stuttering identity. This will be critical in assisting men who stutter to formulate affirmative, positive masculine identities in relation to their speech. 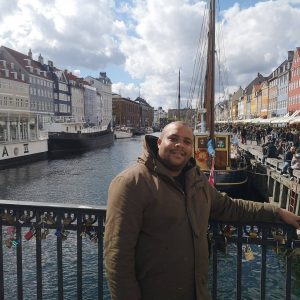 Dane Isaacs is a PhD research intern in the Human and Social Capabilities Division, at Human Sciences Research Council of South Africa, and doctoral candidate in the Department of Psychology at Stellenbosch University. He holds a Masters degree in research psychology from the University of Cape Town. His doctoral work explores discourses of masculinities among young adult men in Western Cape who stutter. His research interests include discursive and applied perspectives on disability inequality and psychological experience of disability discrimination and impairment, specifically in the context of people who stutter. In addition, he is interested in poststructuralist theories of gender, the social construction of masculinities particularly within the South African context, and the perpetration of intimate partner violence against women.

The author would like to thank Professor Leslie Swartz, for the invaluable support and supervision provided throughout his doctoral journey.

Isaacs, D., & Swartz, L. (2020b).  “Stammering less so that I can be more of a man”: Discourses of masculinities amongst young adult men in the Western Cape, South Africa, who stutter. Psychology of Men and Masculinities(Online version) https://doi.org/10.1037/men0000302